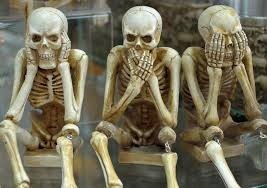 P.C. is a Disease

Modern society, despite all of its relative wealth and riches, and its supposed level of sophistication and advancement (we like to believe that we’re the “most evolved” version of humans to currently walk the planet…) has become thoroughly infected with a virus of sorts.

It’s a highly stubborn disease that has been infecting all levels of society, regardless of age, gender, race, education, or orientation. Some have been infected for years, others seem to have contracted a particularly virulent strain in recent times.

Those who are carriers do their part to vehemently spread it further, especially to those whom they know (or suspect) to NOT be a carrier. On the other hand, those who are not infected are often viciously ostracized, ridiculed, shamed and subjected to various forms of hate-speech or other passionate forms of dissent for not conforming with those who are infected.

Rather than celebrate the fact that one has been able to withstand the disease (perhaps even remain immune?), the apparent lack of infection is seen by the others as a mark of shame, almost a form of “social crime”, making the UNinfected ones immediate outcasts.

The more the disease spreads, the more prevalent it becomes throughout society, the more the UNinfected are marginalized, vilified and portrayed (and labeled) as simpleminded hateful bigots.

The reality is, however, that this new disease in itself has created more division, separation, and hateful discontent among people than any of the world religions or conflicting ideologies combined.

This disease manifests itself in seemingly non-violent, but very profound ways: Speaking “truth” in plain simple language (whether written or spoken) is now frowned upon and has become socially unacceptable, almost a form of “speak-crime” or “thought-crime” (very Orwellian, isn’t it?).

Once infected, you find it increasingly difficult to speak in plain language, without artificial filters. You will begin to exhibit self-censorship ad absurdum, you will spend your waking hours experiencing feelings of anxiety over possibly offending someone, or being “labeled” by others. Infected persons now must contend with daily life with unnaturally high levels of “Angst“.

In reaction to this prevalent and powerful disease of our time, we have now created an entire artificial construct of fake language (like Orwell’s “Newspeak”), to dance around and detract from “truth”, in such ways that people hint at things in vague, meaningless ways, and sugar-coat all manner in veiled terms and phrases, because that is the new “accepted norm”.

Aside from spreading from one individual to the next, usually by ongoing, repeated exposure, indoctrination, and socio-educational force-feeding (in schools, institutions of higher learning, places of employment, mass-media, etc.), this ever-popular form of “tip-toe-Newspeak” allows humans to communicate with one another in ever-shallow, meaningless and disingenuous ways.

Issues and topics are tacitly danced around. Adjectives and other means of verbal description are being eliminated one by one, our effective vocabulary being reduced, because once infected with the disease, your perception of the world changes in such ways that all descriptions, or “labels” are viewed as potentially harmful and offensive, or potentially controversial, hence to be avoided altogether.

What could have previously concise meaningful description of something (or someone) through a string of interwoven adjectives and other colorful or flavorful descriptives, is now effectively reduced to a word or two.  The less “labeling”, the less chance of ruffling someone’s feathers.

Speaking from the heart, in unfiltered truth, honesty and genuine emotion, expressing oneself freely is a concept and behavior which is progressively being eradicated by this disease sweeping the planet.

A side-effect of this disease, aside from the linguistic retooling of our daily vocabulary, is that young members of our society are completely numbing their senses of “Self” and becoming a large herd of androgynous, colorless, culture less, beings where any sense of individuality or non-conformity is bred into their minds as a mortal societal sin.

We are already feeling the effects of this disease in the most recent generation of adults 18-35 and children under 18.  Speak to them in truthful, honest, heartfelt and unfiltered ways, using real words, real concepts, descriptions and language… and it will BLOW THEIR MINDS, shatter their sense of familiarity and safety, and a melt-down is practically guaranteed.

Perhaps Aldous Huxley, back in 1931, was already onto us:  “Oh Brave New World, that has such people in it.“