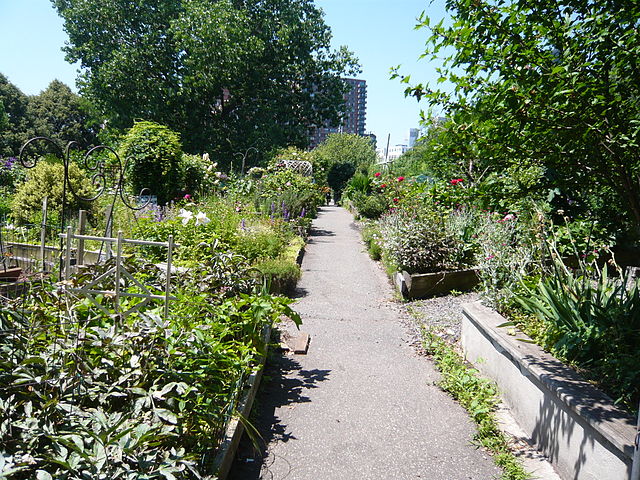 The idea behind being self-sufficient and self-reliant carries a lot of appeal. We also strive for some level of indepence, particularly in the age of over-governance and corporate greed.

In the age of “progress” and modernization, we have become increasingly dependent on companies to provide the goods and services essential to us in our daily lives.

We are in a state of ever-present conflict over how to live and what we need, what we want, and where and how to get it. The media do a great job indoctrinating us into conforming with their notions of what they believe we need and must have. (Consume! Consume! Consume!)

Many of us want luxury-like products, at the highest quality, for rock-bottom price, and we want everything NOW.  At the same time, we’re craving some level of independence, freedom of choice, looking for ways to “stick it to the man” and re-assert our “indepence”.

All sorts of movements away from the mainstream “normal” have sprouted over the past decade (in some cases more):

This seems to be gaining ground at an ever-increasing pace in many places throughout the “First World”, as the wealthiest citizens of the world (compared to the vast majority of the global population in the Third World) come to realize the beauty of returning “back to basics”, and turning away from what we’ve been taught to believe was “modern progress”.

While those who collectively celebrate their independent spirit, — in apparent triumphs over the big corporations and government, –asserting themselves by becoming increasingly independent, I am cautiously nervous about this increasing progress and shift in consciousness.   I WANT these movements to continue and to succeed. I really DO. I hope this global shift continues to strengthen and to gain ground and acceptance (by even the worst sceptics).

It is MY FEAR, however, that as these still relatively small movements (the vast majority of the general public still haven’t joined in) continue to gain momentum and more and more people decide to join forces and join the push toward independence, that the Big Corporations (and Government!) will begin to feel the financial pinch from lost revenues (and yes, also less control!), and that sooner or later, together, the Big Corporations and Government will devise ways to either regulate, limit, undermine or even prohibit (let alone penalize or even criminalize!) these moves toward self-sustinance and independence.

I also believe that in response to financial loss, they will find ways to do these things by thinking up completely bogus reasons or justifications which they will attempt to tie into “public safety”, “personal safety”, “health and well-being”, etc.

As I have stated before elsewhere, “property owners” or “home owners” are NOT truly sovereign owners of their home and land, in the truest sense.  It is NOT ours to do with as we please.  A look on your Deed Instrument will show you that you are merely a “TENANT”, at the will and behest of the the government, and you reside on that parcel by their consent during your lifetime.  I hope at this point that you do not harbor any illusions that you are free to do anything you please in or on your house, or on your property.  You are subject to more rules, regulations and limitations than you have probably have ever realized, from Federal government, to State government, to local County government, to municipal government, down to perhaps even association rules or deed restrictions.

By extension then, anything that we are currently doing to increase our indepence and to make changes in our daily lifestyle and how and what we choose to consume (goods or services), we are doing so either with (or without?) consent of the government and the Big Corporations, who in turn have enormous power and influence OVER government!

Be mindful of where you live, and what rules you might be subject to. Going completely “off-grid” and becoming fully self-reliant and independent, being self-sufficient for many will be almost impossible, or not feasible, and thus remain utopic.  But we can all do our part to get as close as we can to our “ideal”, for as long as we can.  We only hope that “THEY” will not take drastic measures to curtail the movement and that in the meantime the movement will gain sufficient strength globally, as to ultimately prevail.  Time will tell.