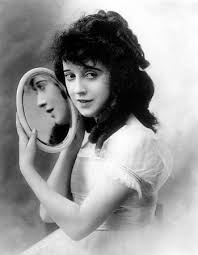 Spend any amount of time online, and you will invariably come across any number of stereotypes, about anything or anyone.  It appears no one is “safe”, no subject “tabu”. Everyone feels strong, smart and safe behind the screen of their device, being able to say what they want, when they want, to whom they want and how they want.

I’ve often wondered why many find “stereotypes” uncomfortable or even offensive.  I’ve never shared that sentiment, personally.  As I have always observed, it’s not the stereotype that is in itself objectionable, but rather, perhaps the messenger’s intent in using the stereotype. In what context is the stereotype being raised?

All stereotypes share something in common with one another: They reveal a certain amount of immutable truth and honesty which some may find unnerving or unsettling, rather than acknowledging it and making peace with it, and identifying with it.

Each stereotype reveals, no, highlights qualities, features, traits or conditions, which one would rather prefer be kept hidden, go unnoticed, or at the very least not be so prominently featured. But why?  What about this honesty revealed evokes such discomfort or shame for some?

Turn it around, and make the feature in the stereotype part of you! OWN it. Be proud of it. It’s part of who you are. Absent very drastic measures, or a lifelong denial, you won’t be able to change it.

When you hear or see a particular stereotype, you instantly experience an immediate sense of knowing or recognition, because you inherently understand the truthful aspect or the commonality expressed through the stereotype.  It seems that no one ever (or rarely, if at all) needs to explain a stereotype, there is an oddly universal “getting it” that transcends differences among people.

I think most stereotypes are inherently harmless and should not be attributed too much power or importance. The best way to deal with a stereotype is to EMBRACE it! Have fun with it, laugh about it, own it. Say “yes, that’s how I am” , “yes, that’s how we are”, or “yes, they’re like that”, etc.

It’s only when we either view the stereotype in an unfavorable light, that we allow others to potentially use it as a weapon or insult, thereby empowering them unnecessarily.

Stereotypes are nothing more than social caricatures about our characteristics.  They are inherently true, albeit a bit exaggerated.  We are who we are.

We all have our commonalities and our differences. So let’s not take things so seriously, have a laugh, poke a bit of fun and recognize that stereotypes are here to stay for as long as humans will continue to exist.

There is a reason that caricature and satire are so popular:  they combine humor with a healthy dose of truth.   Stereotypes are no different.