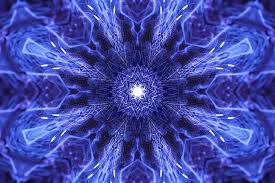 The War on Consciousness

Modern society is looking for ways to evolve and at the same time to “remember” (where we came from, and who we are). We’re being pulled in opposing directions.  Big Corporations, in their never-ending quest for profits, tugging on one arm, while spiritual growth and enlightenment (knowing what is true and right at our core) is tugging on the other arm.

We like to think of ourselves at the epitome of Evolution. We see ourselves, at least collectively, as the Masters over all that surrounds us. (never mind that we all are plugged into the Matrix)  We are indoctrinating ourselves into believing that progress must be achieved at all costs. Consuming goods and services 24/7 is seen as the way of life to aim for. Themes reminiscent of Aldous Huxley’s “BRAVE NEW WORLD” repeatedly come to mind, living in a “throw-away, everything is available and replaceable”-type society.

Those who regulate modern society have done a remarkable job instilling their programming into us, from one generation to the next, from infancy, through childhood and adolescence into adulthood. We are literally subjected to their programming at every waking moment, assaulting our senses.

In order to maintain control, the powers-that-be have managed — quite successfully — to discourage anything that would somehow aid us in “unplugging” from the Matrix, from tuning out from their programming and raising our own individual awareness, i.e. “enlightenment”.

Whether it be a line of religion, spiritual schools of thought, esoteric teachings, independent thought, paranormal abilities, non-pharmeutical or herbal substances, holistic modalities of healing, anything that re-connects us to the “natural order” of things, etc. … all of these things threaten the “status quo” of programming and indoctrination “THEY” have worked so tirelessly to install and implement.

Consequently, “THEY” have done everything in their power to:

those things because they see the potential these could have on people at large, were these to gain widespread acceptance and use.  THEIR control and power would be severely called into question, and ultimately even compromised, because “aware beings” are much harder to control than “sedated followers” who have been well-programmed.

Take a brief moment to reflect on governmental regulatory agencies, and think about how their outward image (from a P.R. point-of-view) and how they would like to be seen (by programmed masses) is very often at complete odds with how they actually regulate (or not regulate) and who holds influence over them.

Here in the United States, where I live, we have agencies such as the FDA, the USDA, the EPA, the AMA, the CDC, etc. etc.   Veritable endless combinations of alphabet soup:  All legions of Minions carrying out the will and agenda of those who are effectively in control over modern society.

They do their respective parts in carrying out the programming and indoctrination (= control) over the masses.   Nothing, however, is ever truly done FOR THE BENEFIT OF THE MASSES.   Make no mistake about it.  Behind every law, regulation, rule in the name of “welfare” and “safety”, something else is behind it entirely.  The old adage of “follow the money” is often, albeit not always, a great place to start.

They will try as hard as they can to LIMIT or ELIMINATE anything that could cause increased awareness, enlightenment or a shift in consciousness. The strength and power of the people, to break out from under the programming and indoctrination, lies within the collective will to do so.